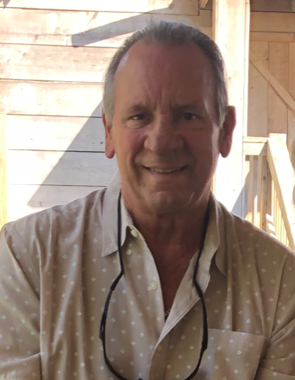 Larry was born in Alliance, Ohio, but moved to Southeast, Florida, to start his own business in the 1970’s.  He was a much loved and respected owner of his own Electrical Contracting Company, having put his unique touch on many of the magnificent homes that line the waterways of South Florida.  After closing his beloved company and moving to the Sea Islands of South Carolina, he embarked on a second electrical career that had very special meaning for him.  He found himself on the flight line at Marine Corps Air Station, Beaufort, building hangars and other buildings to accompany the new fleet of F35 aircraft stationed there.  Every day was like an airshow featuring the most technologically advanced aircraft in the history of our nation.

Larry enjoyed boating on the waterways of South Florida, and he loved “race camping” at the many NASCAR races that he attended over the years.  Those trips with his lifelong friends and family were held dearest in his memories. Hunting (walking around in the woods) and riding his motorcycle were two of his passions; but his most cherished memories were made traveling to the islands of the Caribbean.  The British Virgin Islands in particular felt like “home” to him, that is why he chose them for his final resting place.

Larry was unique in that he never took himself or life too seriously.  His sense of humor endeared him to everyone that had the pleasure of knowing or working with him. His true wit and charm remained on display every day, even as he endured brutal treatments that took away his hair, his dignity and even some of his speech.

Larry is survived by his wife of 34 years, Jodi Edge Visi, of Miramar Beach, Florida, as well as his three brothers; Ronald, Greg and Tim Visi.

He is preceded in death by his parents, Gabriel and Camille Visi.

Arrangements are under the direction of Davis-Watkins Funeral Home in Miramar Beach, Florida. In lieu of a service during this difficult time, with friends and family spread across the country; we ask that you take a moment to share your memories, express your condolences and sign the guest book.

A service summary is not available

Plant a tree in memory of Lawrence "Larry" Visi

As kids, Larry was my favorite cousin. We were only a year apart in age, so we did alot of things together. We played little league baseball together for many years. Larry was always the team’s catcher. And he was pretty good at it, too! We used to go to each other’s house to play all day together. Larry even went with our family to Canada one summer for vacation. We used to water ski at Berlin Lake, where both our families had boats. After grade school years were over we lost contact with each other, and our paths never crossed again. I wish we would have at least stayed in contact with each other. Such is life, I guess. My condolences go out to his family and friends.

A Memorial Tree was ordered in memory of Lawrence "Larry" Visi.  Plant a Tree

Larry's humor, warm and friendly nature will be greatly missed.
Sympathy and prayers to Jodi, Eleanor and his family.
Cheryl Pearce

Larry was a dear soul . A co-worker of mine at Lowes.  I enjoyed our talks together.  God Bless

What an honor to know Larry! He was a good man with a big heart. He had the unique ability to laugh in the midst of adversity. Larry you will be missed. My condolences to Jodi, Eleanor, and the rest of the family.

Plant a tree in memory of Lawrence "Larry" Visi